The Life+GreenWoolF project aims to demonstrate and disseminate the technical and economical viability of the green conversion of waste wool into organic amendment fertilisers. The project will also demonstrate that the green amendment fertilisers is suitable to improve grassland soil and soils for
other cultivation purposes, such as horticulture, thus increasing productivity and profit of sheep farming in EU. Specific expected outputs and achievements are:

• wool waste is entirely (100%) recycled into organic fertilizer with a “green hydrolysis process” with no use of dangerous chemicals;
• release speed of nutrients and bio-stimulants, and water storage capacity of the amendment fertilisers, are tailored as a function of the hydrolysis degree;
• an economically sustainable management model is developed to optimise the plant size as a function of the sheep population and density distribution in the Piedmont Region, and of the added value of the fertiliser produced;
• the results of the demonstration project are disseminated to the Italian and EU stakeholders,
namely Local and Central Administrations, Wool Boards and Organisations within the Regions that have more than 70% of the total Italian flock (Sardinia, Sicily, Lazio and Tuscany) and the EU Countries that have 87% of the total EU-27 sheep population: UK, Spain, Romania, Greece, Italy, France and Ireland (Source EU-Eurostat 2012).

The project will demonstrate that unserviceable coarse wools, which represent a by-product estimated in more than 150 thousand tons per year (about 75% of the annual EU wool clip), may be totally recycled, without any preliminary scouring treatment, into a value added green material, with benefits for the ambient and profit for the EU livestock sector. 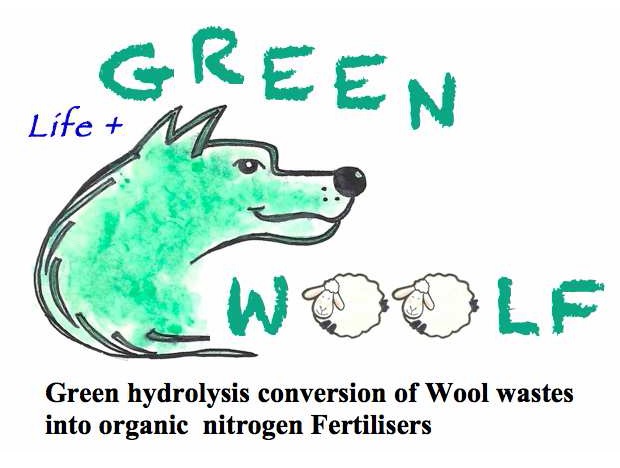